Why is it worth it to learn foreign languages?

I am currently in Delhi. So, today I decided to take this opportunity to go to Agra to see the famous Taj Mahal. As I was getting into the taxi, I had the idea to do a little test. At first, I only spoke to the driver in English. In Agra, a guide joined us with whom I repeated this pattern. The effect was what I expected. The driver was not very talkative. Also, it was difficult for us to communicate, because his pronunciation left a lot to be desired. The guide, on the other hand, seemed to be looking to rip every bit of money off me. I must admit that at the beginning of the tour I felt a bit uncomfortable. It felt like someone is telling me about the place I’m visiting, but apparently only for the money!

However, everything changed in one of the stores.

Here is a pleasant surprise! When he found out that I am from Poland, the seller exchanged a few sentences with me in Polish. Indeed, I expected that on the popular Polish tourist routes, for example in Egypt, roadside sellers would learn a few sentences, like “It’s cheaper than in Biedronka”. However, meeting a Hindu speaking Polish in some negligent shop in Agra was a pleasant surprise. Apparently, he lived in Lublin for a few years! Our conversation encouraged me to use Hindi to negotiate the price. Of course, I got an additional discount. However, most importantly, my guide, who heard our Hindi conversation, changed his approach completely. From then on, I became his favorite client.

He told me that this was the second time in his career coming across a Hindi-speaking tourist!

Earlier, he was giving a tour to a British man who learned the language in England. After we switched to Hindi, my guide started acting completely differently. Suddenly, he started talking about the places we were visiting with more passion. He told me about his family, and he even showed pictures of his daughter. Of course, he showed me around speaking only Hindi with me, which turned out to be much better. Before, when he used English, it was hard for me to understand anything. When he switched to Hindi, I was only able to pick up single words and phrases. However, I generally understood the same as before. That being said, visiting in Hindi had the advantage that I could become familiar with the language and learn a few new words. Learning a new foreign language like Hindi has really paid off!

Finally, he asked one of the passers-by to take a photo of us, as he wanted to post it on Facebook and boast to his friends that he had met a Hindi-speaking foreigner in Agra.

On the way back, while reading Benny Lewis’s book “Fluent in 3 Months”, I came across a very interesting sentence by William Butler Yeats: “There are no strangers here; Only friends you haven’t yet met“. These wise words by the Irish poet have a great meaning with regards to learning foreign languages. Indeed, when trying to talk to people in their native language, many barriers disappear. We stop being an outsider – we become one of them! That’s why it can be very rewarding when we try to learn foreign languages!

If you’re not sure which language you’d like to learn, we can help you! Check out our courses page for more info. 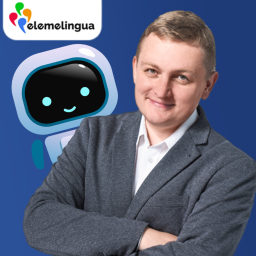 Please log in again. The login page will open in a new tab. After logging in you can close it and return to this page.

We use cookies on our website to give you the most relevant experience by remembering your preferences and repeat visits. By clicking “Accept”, you consent to the use of ALL the cookies.
Do not sell my personal information.
Cookie settingsREJECTACCEPT
Manage consent

This website uses cookies to improve your experience while you navigate through the website. Out of these, the cookies that are categorized as necessary are stored on your browser as they are essential for the working of basic functionalities of the website. We also use third-party cookies that help us analyze and understand how you use this website. These cookies will be stored in your browser only with your consent. You also have the option to opt-out of these cookies. But opting out of some of these cookies may affect your browsing experience.
Necessary Always Enabled
Necessary cookies are absolutely essential for the website to function properly. These cookies ensure basic functionalities and security features of the website, anonymously.
Functional
Functional cookies help to perform certain functionalities like sharing the content of the website on social media platforms, collect feedbacks, and other third-party features.
Performance
Performance cookies are used to understand and analyze the key performance indexes of the website which helps in delivering a better user experience for the visitors.
Analytics
Analytical cookies are used to understand how visitors interact with the website. These cookies help provide information on metrics the number of visitors, bounce rate, traffic source, etc.
Advertisement
Advertisement cookies are used to provide visitors with relevant ads and marketing campaigns. These cookies track visitors across websites and collect information to provide customized ads.
Others
Other uncategorized cookies are those that are being analyzed and have not been classified into a category as yet.
SAVE & ACCEPT
wpDiscuz
1
0
Would love your thoughts, please comment.x
()
x
| Reply